Skip to content
FacebookTwitter
SITN@shuttersinthenight.comFind
You Are Here:→Interviews→Interview with Patrick Joust

Looking through Patrick’s photography conjured up mental images of Americana: of wandering around roadside motels as a kid on family roadtrips, or watching hills slowly become dotted with lights as the sky darkens, or sensing the vast emptiness that is walking the dark streets of a place that seems completely asleep. Patrick draws on a variety of influence, from classic noir and neo-noir cinema to contemporary photographers to the city of Baltimore. With his years of focused experience in night photography, Patrick has a lot of advice to offer growing photographers:

Could you briefly trace your life’s journey, starting from being born in California to how you eventually ended up in Baltimore?

I ended up in Baltimore mostly by accident. When I was fourteen, I moved to rural central Pennsylvania from California with my family and went to high school and college there. I always figured I’d move to some kind of city, but at the time I was more oriented towards Washington, rather than Baltimore. After college I started law school and realized by the second day that law wasn’t for me. Six weeks later I was out of law school but I wasn’t sure what to do with myself. I lived with my grandmother for a while, which was great, but I needed to figure out something. Two of my best friends were living in Baltimore and one of them was working as an AmeriCorps volunteer. There was an opening for another AmeriCorps position and I decided to take it. It was a fantastic experience. I enjoyed the work I was doing (mostly tutoring kids and adults with school work, technology literacy, etc.) and loved the city.

I moved to San Francisco for a time after that, but I always felt a strong pull back towards Baltimore and returned three years later. To be honest, a big part of that was economic. San Francisco was just too expensive for someone who, by that time, had aspirations to be a public librarian. I miss California, particularly the trees, mountains and coast, but moving was a good choice.

When and how did photography begin to become a part of your life?

Baltimore is what inspired me to take pictures. In college and the years following, even though I wasn’t cognizant of it at the time, I was really in need of some way to express myself artistically. I tried writing and still do a little bit of that today. I wrote hundreds of sophomoric poems. That was a really important part of my routine for a while. Photography started to creep in and seemed to fit my personality more. My work in AmeriCorps involved going all over the city, well beyond the touristy areas I was used to as an occasional visitor in the past. I really wanted to photograph everything I saw. Like just about everyone, I took pictures, but I wanted to go beyond snapshots. I was lucky to stumble along the way I did, with my interest building slowly, getting help through various articles and forums. Digital was around then (2002/2003), but it wasn’t very good and it was expensive. Instead, I was able to pick up a Canonet QL17 rangefinder for less than 50 bucks, which was a great camera to start out with. It wasn’t until 2009 that I started doing medium format long exposures though, so I had a long period of development, figuring out how and what I wanted to photograph.

How did you find or develop your unique photographic style?

It took some time. For me, being a “good photographer” has had as much to do with challenging myself personally as it has with figuring out the technical things. Growing up I had a big appreciation of art, movies, music, and literature, but I didn’t have the confidence to think that I could go about making my own work. That was a real hang-up for a while. I had so little confidence that I didn’t even see it as a possibility. Art was something other people did. Even when I did start to take photography seriously, it took a while for me to think of it as art. Maybe that was good, since entering into it didn’t seem especially intimidating. Once I did start taking pictures the divide between what I wanted to portray and what I was achieving was significant, though I did take a handful of pictures then that I still like now. I’m not sure what made things finally come together, but after several years and thousands of mediocre pictures, I began to make work that stood up for me. Sites like flickr helped a lot. I got to see a variety of work from great photographers all over the world. While I later started to get into the greats of photography, like William Eggleston, Joel Sternfeld, Gordon Parks and Mary Ellen Mark, it was (and still is) my contemporaries, found on various social media platforms, that have inspired me the most.

What are some of your biggest influences or sources of inspiration for photography?

In terms of night photography, two photographers whose work really got me interested were Mando Alvarez and Kurt Manley. I found both of them through flickr. Mando was a personal help to me, giving good basic advice on how to get started. I also really like the night work Greg Girard has done in British Columbia and Asia as well as Joel Meyerowitz’s low-light work he did for Cape Light. Other influences include noir and neo-noir movies like Force of Evil, The Big Sleep, The Conversation, The Parallax View and Le Cercle Rouge. Movies continue to inspire me. Lately I’ve been getting more into the work of Andrei Tarkovsky and Michaelangelo Antonioni. I watched some of their movies in college, but I have a greater appreciation for them now. I only watched The Mirror (Zerkalo) and Stalker this year. Obviously all movies are visual experiences, but both of those directors, though very different from each other, really cater to the eye. Paintings from JMW Turner, Caspar David Friedrich, Claude Lorraine and Edward Hopper have also been in my head. I haven’t hurt for inspiration over the years.

What are your favorite things about being out and taking photos at night in an environment like Baltimore, and how does the experience make you feel?

As I mentioned earlier, I didn’t start taking photos at night until years after my initial interest in photography. In a way, it was like discovering the excitement of taking pictures all over again. The pace is very different from working in daylight. I like how, in the time it takes to expose an image properly, I can just kind of be there, and really look. We don’t often get opportunities to just look at things like that, which is part of the reason photographs are so valued. “Surreal density” is something that Stephen Shore talks about as a way to describe how we can see so much more in a picture than we can from looking at reality. I get a kind of “preview” when I’m doing a long exposure. At the very least it’s a part of the process that feels worthwhile in and of itself.

I think a lot of people are interested in doing urban night photography, but uncomfortable with the idea of pointing a camera in a public area that other people, especially strangers, are occupying – what would you say to these people?

That’s interesting because I find it’s a lot easier to do night photography from public streets and sidewalks than it is to take pictures of people in the daytime. A certain amount of pressure is taken off. It’s easy to fall into taking a series of pictures of static scenes. I need to push myself to take more pictures of people, which is more challenging. That being said, I understand people’s hesitation. Especially in more suburban areas, where people aren’t used to much activity in the streets beyond that of walking the dog or mowing the lawn, a person with a camera can be perceived as a threat. Luckily most people respond in a positive or neutral way. I usually go out shooting at night with at least one other person. It’s nice to have the company anyway, but it’s also good to watch each other’s back. I’m not just talking about in neighborhoods that are perceived as dangerous, but anywhere. I don’t try to draw extra attention to myself but I also don’t try and hide. I’m not doing anything wrong so I shouldn’t act like I am. It might be my imagination but I think it helps with how I’m perceived. Most of the time I’m hardly noticed at all.

This is kind of specific, but something I really want to know personally: How do you know when a night is going to be foggy or hazy – what weather conditions lead to that? Or do you not know and just have to take advantage of it quickly when you see it?

I’m definitely not an expert, but when you have big temperature changes, particularly in the fall or spring in Baltimore, and when there’s a little moisture in the air, the conditions are good for fog. I just check the weather for when these conditions might happen. I also check traffic cameras in the area to see where it might be thickest. We don’t get much fog in Baltimore, actually, but there are almost always a few foggy days. The biggest challenge for me is whether it lines up well with my work or family obligations. It’s funny because for the last three years I’ve gone on work trips to California where I’ve also taken some extra time for myself to take pictures. The coast of California is famous for its fog, but I’m usually visiting in October, which is one of the times when there’s the least amount of fog. So I just have to try and take advantage of it when I can. It’s great in terms of atmosphere, but one of the things I appreciate most about it is that it diffuses light, which can make some pictures possible that might not have been otherwise, because of glare from streetlights.

Finally, Baltimore is one of the cities that national news talks about a lot. What does Baltimore mean to you, personally? How would you describe the city in your own words?

Baltimore is a beautiful place. I feel like that’s important to say because it’s one of the first words that pops into my mind when I think about my city. You can’t truly appreciate Baltimore without recognizing the difficult history of this city and the hardships that have been placed upon people living here because of race and class. The city has been scarred by decades of failed policy (or no policy) and the most basic capitalistic interests. Still, it survives as a beautiful city and I feel privileged to live and work here. It’s great to slowly get to know a place, especially one with such density and so many layers.

See more of Patrick’s work at his 500px, and check out his website for his CV, a lot more photos, the three books he’s published, and more! 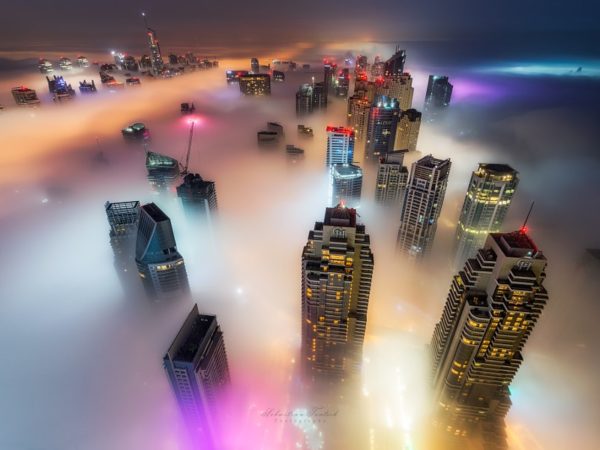 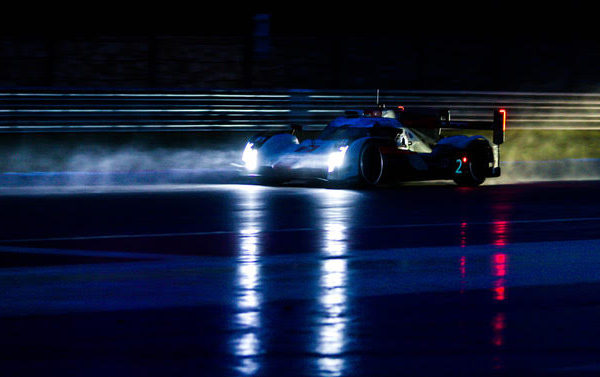 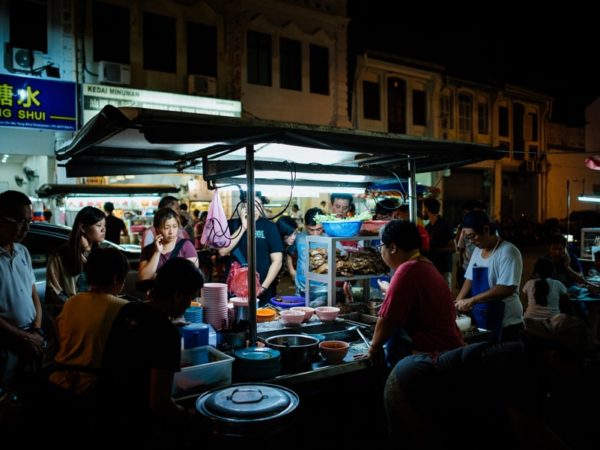 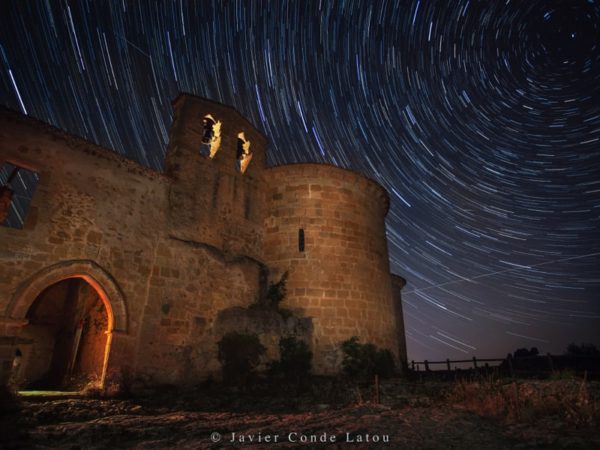 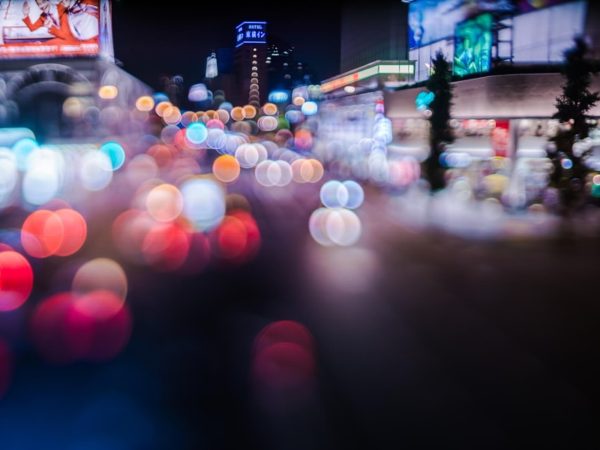 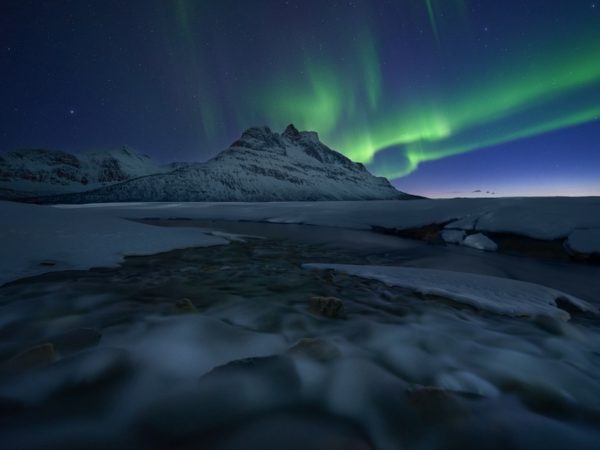 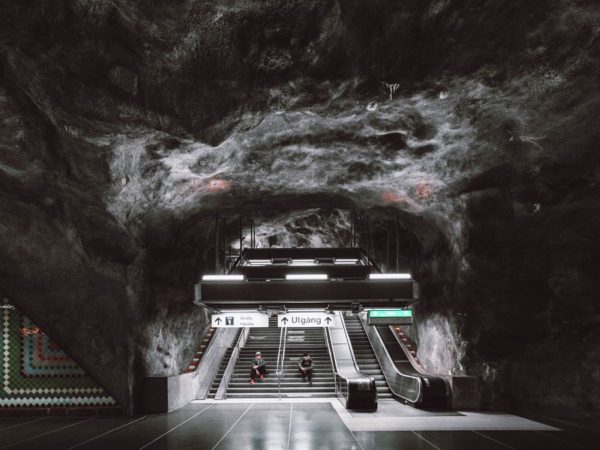 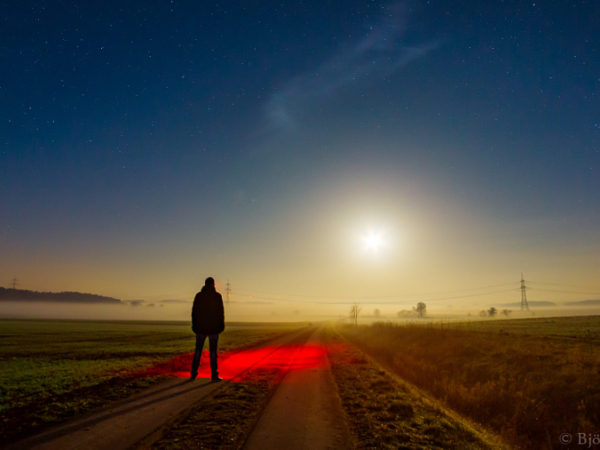 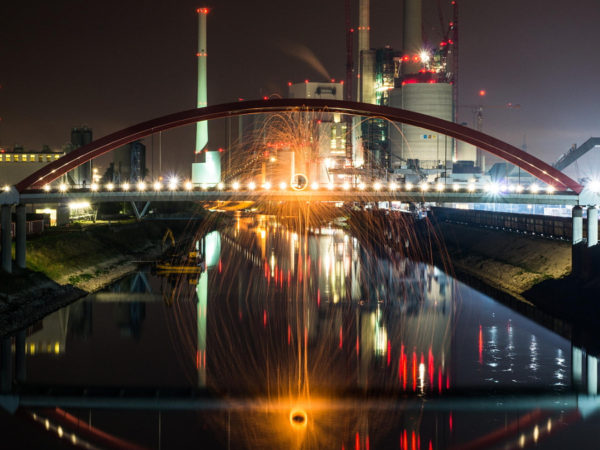 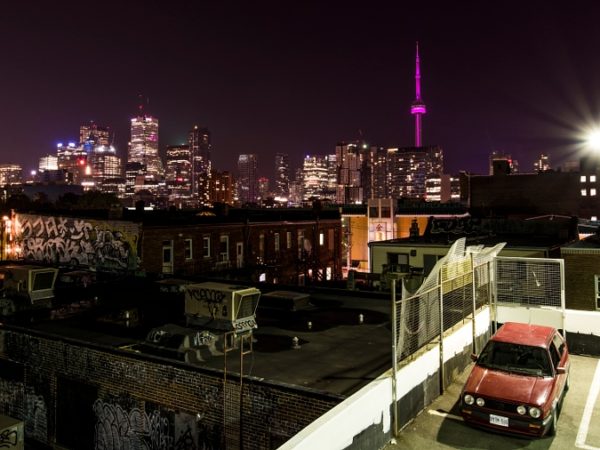